“We had the great pleasure of working with Jackson Sky to develop the new website for the Food Safety Innovation Lab. Our process went flawlessly because they assessed our needs thoroughly, met all milestones in the website production on time, and were responsive to changes we requested. We are pleased both with the aesthetics of their design and the functionality of the maps and database.” 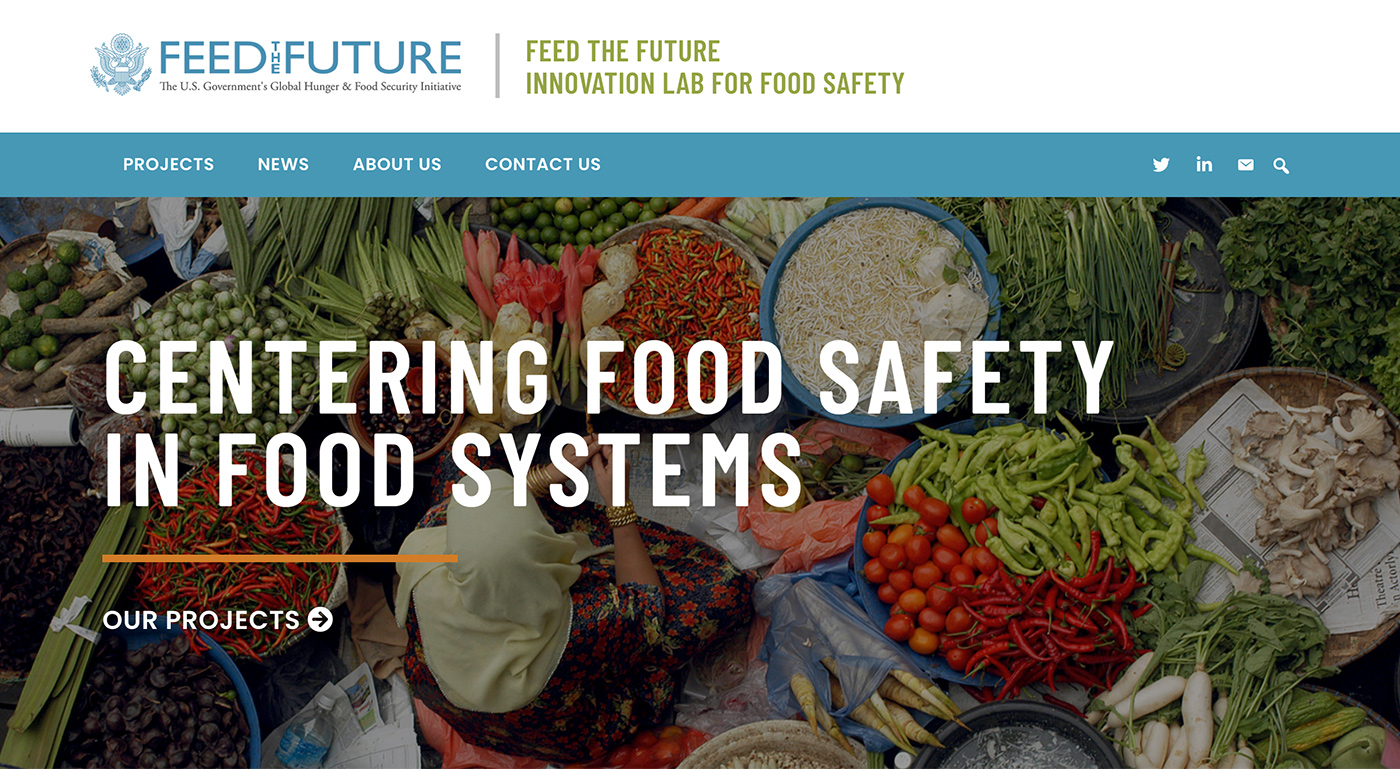 The Feed the Future Innovation Lab for Food Safety at Purdue University heard about Jackson Sky through the Purdue grapevine and reached out to us when they decided they wanted to take their WordPress website to the next level. They were using a standard theme that wasn’t meeting their visual goals, and it didn’t have the tools to build out the features they wanted to make their site stand out.

We approached this site like we do all our projects with a strategy session about how their content and features would be organized. While the number of pages on their site wasn’t exhaustive, the pages themselves contained robust features that cross-referenced and populated other areas of the site as well. The design of the site was approached with the goal of being visually enticing while still adhering to the strict Feed the Future brand guidelines. (The site design required approval from Feed the Future prior to development.) 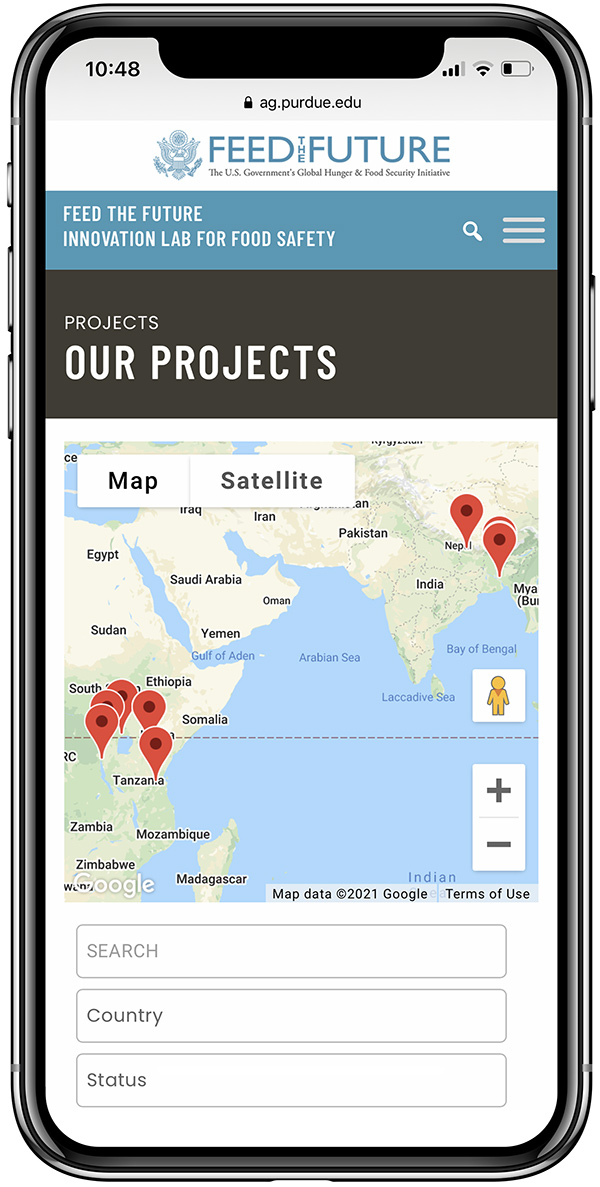 The most important feature (and what drove the decision to redo the website) was the map that showed the locations of their projects. A custom mapping feature was built specifically for FSIL that would go beyond the features that many plugins offered. The feature included search filters and accommodated projects that had multiple locations. It also allowed for general locations (rather than specific addresses) to be used. Separate databases (technically defined as custom post types) were created for their Resources and Recent News. All three features (Projects, Resources and News) would dynamically display on the relevant pages in the other sections.

Upon completion, a custom instructions manual was provided to the Innovation Lab for Food Safety team, so they could update all content and features directly in WordPress through their custom-built theme.